Bericote wanted to help Ukrainian refugees having to flee their homes due to the devasting war in Ukraine. Working in partnership with Coventry City Council and Coventry Refugee and Migrant Centre, we were able to secure 3 homes for families, fully funded by Bericote for 12 months, including initial furniture costs and deposit. One of our directors has also given shelter to a Ukrainian family at his home.

Recently we met with Lidiia, a Ukrainian refugee occupying one of these houses, to hear her story. We are sharing her story as told by her through limited English and the use of a translator. Therefore, words may not be exact, but we have interpreted them to the best of our ability.

Lidiia is sharing her story to show why our support for Ukraine is so important.

Lidiia lived in Kyiv when the war first began. She has two young children, the youngest, 12, and the eldest recently turned 14. She explained that she did not want to leave her parents, family, and friends behind but saw it as her duty to protect her children. As a result, she decided early on to flee to safety.

She re-lived some of the terrors of how they would hide in their basements while bombs went off around them.

Lidiia said, “One moment, my life was normal. I had dreams and plans for the future, and the next, my country was a war zone.”

Lidiia struggles to speak about these times. Through tears, she expressed that she would like to skip on some of the harrowing details they had experienced, as the trauma is still too difficult to speak on.

Leaving Ukraine with just a backpack containing essentials, Lidiia and her children felt their world as they knew it was gone. They made the long car journey into Poland, where thousands of others to tried to flee. She said this was a slow and tiring process. They would spend nights on the street, at bus shelters and train stations, not knowing what was to come. 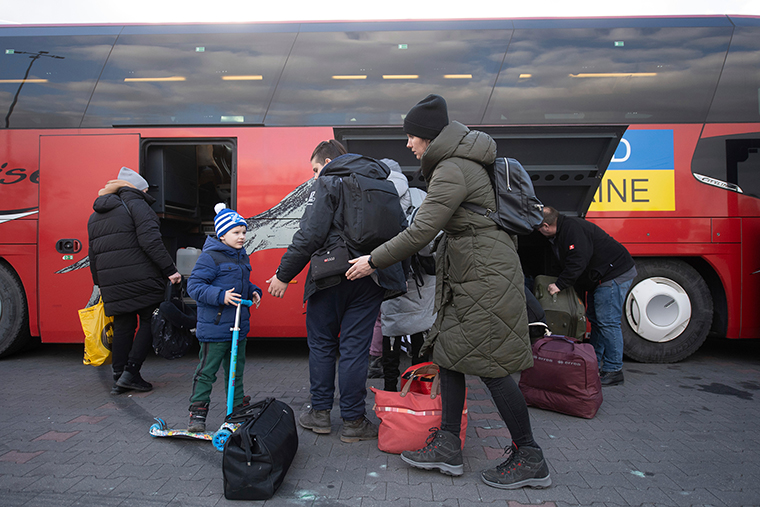 A family in Poland took them in for three weeks while sorting Visas to enter the UK. Lidiia’s cousin lived in Coventry and offered his place to Lidiia, as well as their many other relatives. For weeks, 11 people lived in his home, with his job being the only source of income for the household. They were afraid and stayed in their rooms most of the time, trying to adjust to the knowledge that they were finally safe.

Bericote soon met Lidiia and provided the family with a three-bedroom home, furnished and ready to move in. Lidiia expressed her gratitude to everyone who had helped on her migration to settling in the UK. Despite the evil occurrence in their homeland, Lidiia’s children have seen good in the world and encountered kindness and compassion on their journey.

Lidiia added, “To have a place for a whole year is one huge stress off my mind. I can concentrate on learning English and finding work while my children attend school.”

“Life is still hard here in Coventry, even with a safe place to call home. You can leave the warzone, but the worry for your friends and family and the sadness of everything you left behind will never leave”.

Lidiia shared that she worked in medicine before the war started. Because of this, Lidiia is volunteering for the NHS. She showed off her official name badge for the role with excitement and pride. She hopes to learn enough English and find permanent employment here in the UK, giving her the independence, she and her family deserves. Bericote also teamed up with MT Services to provide a new laptop, allowing her to continue with her studies, for her children to do extra curricular and homework and to video call family from home.